AVO began making valve testers in the mid-1930’s, the first instrument being referred as the Mk1 or “Two Panel” tester. The subsequent Mk2, 3 and 4 models established a pattern for what was one of the standard workshop instruments of their time. Another model, the 160, was developed primarily for the military and was essentially a case-mounted unit for field use.

The final instrument of this type to be made by AVO was designated as a ‘Valve Characteristic Meter’ with the model designation VCM163 and this was able to measure both gm and Ia simultaneously.

The 163 has been described as “the ultimate British valve tester” . Good examples of this instrument are now much sought after and commanding high prices. All of these instruments are now of an age where maintenance is required to ensure their reliability. In particular, the meters used in them have proved to be susceptible to deterioration.

Edotek’s VCM163 has been the subject of a considerable amount of work intended to ensure that it produces reliable measurements. 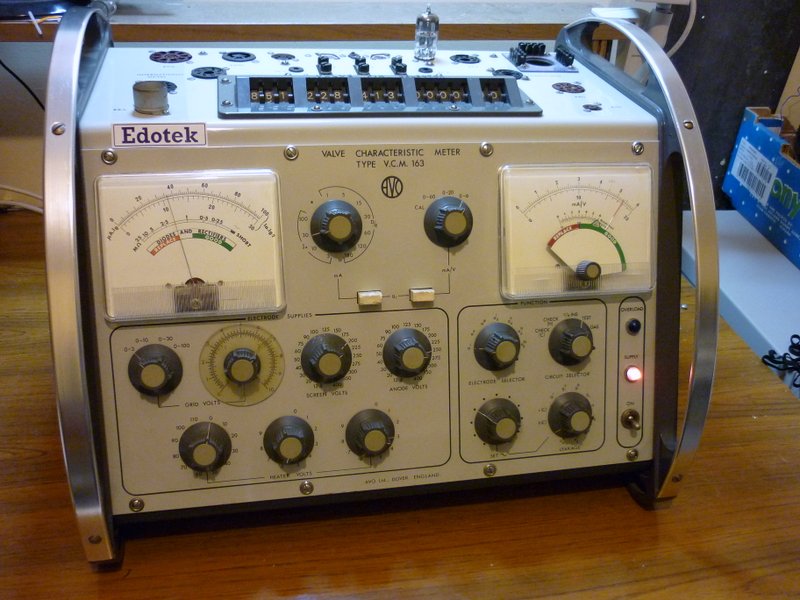